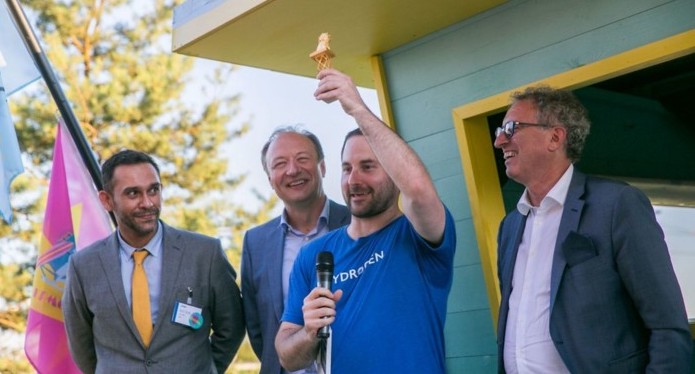 We have great news! Hydrogen has won first place at the FinTech Awards Luxembourg 2018! Of the nearly 200 applicants from 46 countries, Hydrogen prevailed as the top Fintech, being named “Fintech Startup of the Year.”

According to the latest Global Financial Centres Index 21, Luxembourg is the leading financial center in Europe.It is also the second largest investment fund center in the world, after the United States. Due to this advantageous position, Luxembourg is now emerging as a global leader in both digital financial services, and as a Fintech hub.

As the Grand Prize winner, we are eligible for €50,000 and will receive four months of hosting at Luxembourg’s co-working space, Technoport. The prize also includes a free membership to Luxembourg House of Financial Technology (LHoFT), six months of hosting at their fintech hub, and ten free consulting hours from KPMG.

Applicants to the awards were evaluated based on the quality of the idea behind the innovation, the technology and solutions involved, the business model, market potential, the team, and more. Looking at the 15 semi-finalists who competed for the Grand Prize, LHoFT CEO Nasir Zubairi said “… the diversity of the activity sectors represented as well as the geographical diversity demonstrate the international dimension of the Fintech awards and the indisputable appeal of Luxembourg as a FinTech hub.”

“We are very excited to be honored with this prestigious award; it shows how tremendous our team is and how big the problem is we are solving.” — Mike Kane, CEO

Hydrogen extends our sincere gratitude to both LHoFT and KPMG Luxembourg for their tremendous hospitality, and organizing such a spectacular event. Mike enjoyed the pitches from the other contestants, and looks forward to working with the Luxembourg tech community in the years to come!