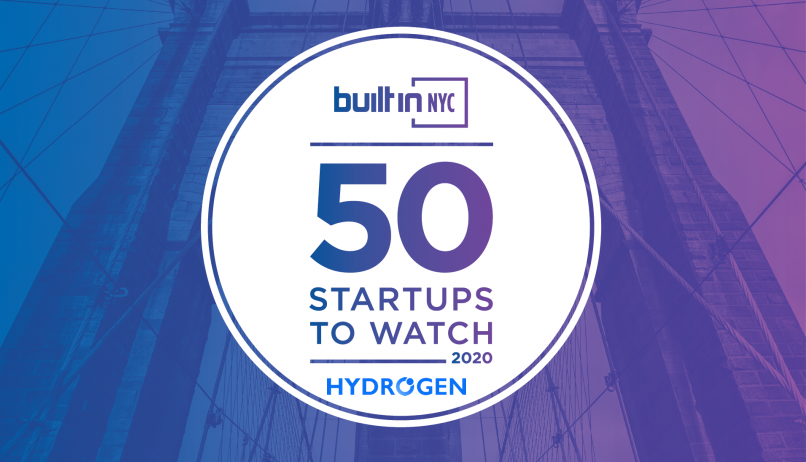 This according to Built in NYC, one of the leading resources for the local New York City tech scene. Here is how they describe the top 50 startups and the criteria for selection:

According to PitchBook, NYC venture capital activity surpassed $15.63 billion as of September 2019 — beating out the entire previous year’s record of $14.25 billion.

The industries represented on our list of up-and-coming businesses share a common thread. From e-commerce to insurance to media, they all rely on cutting-edge technology — including analytics, artificial intelligence and virtual reality — to deliver a better customer experience.

It’s not too surprising that such a wealth of entrepreneurship and technological innovation has come out of NYC this year. According to the Startup Genome, New York has the highest percentage of open positions for AI and machine learning jobs of any single U.S. metropolitan area.

After the amazing accolades we received in 2019, this year is already off to a fast start!